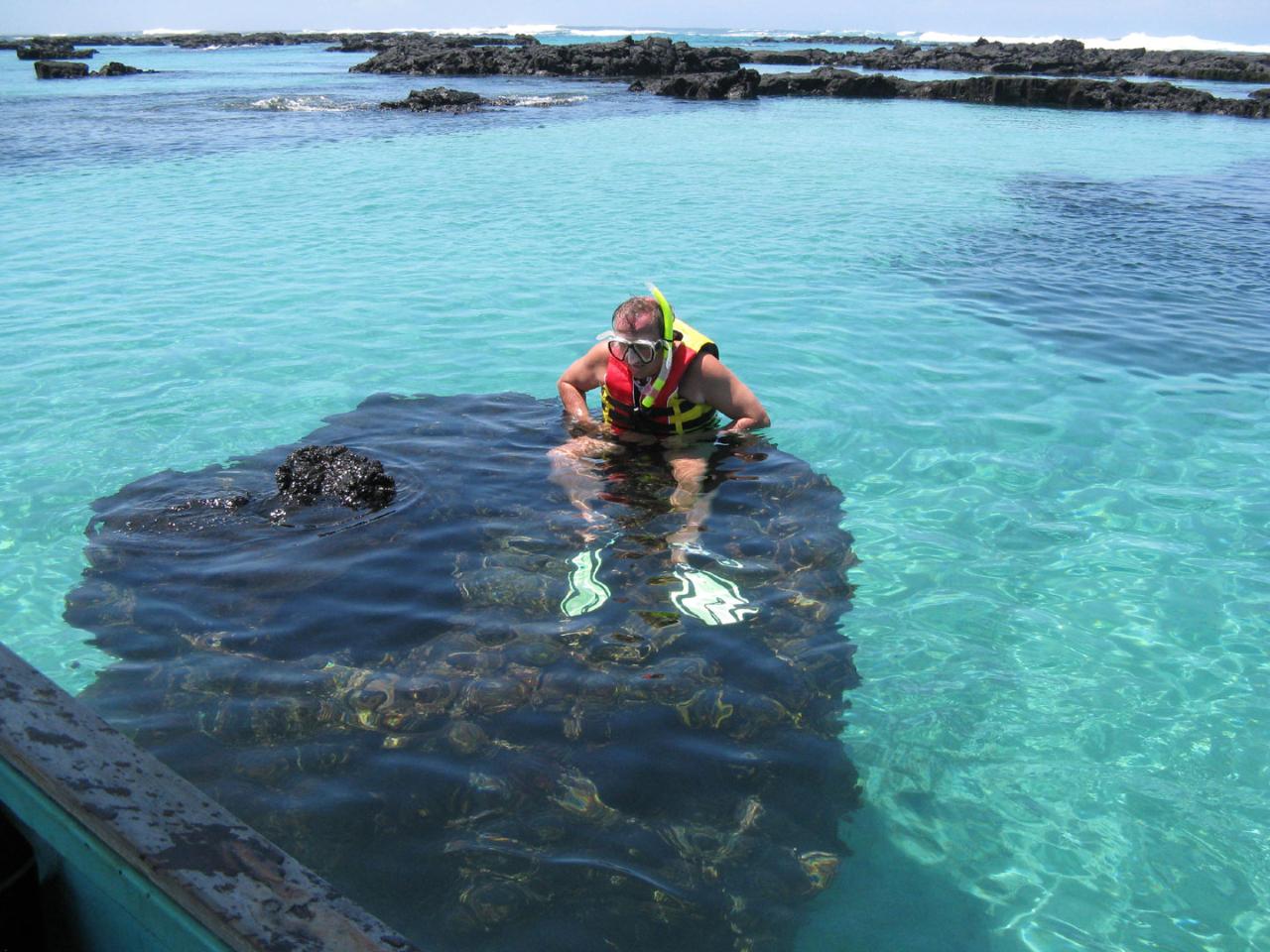 Snorkeling in the Galapagos Islands from Isabela Island

The route to the Tunnels lasts approximately from 1 hour and a half to 2 hours. Once in this sector, the boat will travel the different roads through the tunnels where you can clearly see the landscape that is the highlight of this site.

The tour starts at approximately 08:00 AM, when we first go to Roca Union, a small islet located in the open sea where you can see Pelicans, Nazca Boobies and Blue-footed Boobies and the occasional sea lion resting on the rocks.

After this short stop you will sail for about 45 minutes to get to one of the most beautiful landscapes of lava rock formations of the Galapagos Islands, it is called tunnels since in ancient eruptions, the lava passed under the formed earth tunnels that then collapsed and gave rise to these arcs over the water where you can clearly see vegetation that comes out of the rocks, the crystal clear water, the sea lions flutter between the arches.

Later, we moved to the site known as Finados to snorkel with sea turtles, sharks "Tintoreras", golden rays, eagle rays, sea horses, fish like the surgeons, Damicelas,. The tour includes a light box lunch in the boat after having carried out the two activities, after lunch we prepare for the return to Isabela.

• Confirmation will be received at time of booking • Children must be accompanied by an adult • Dress code: sportswear • Passport name, number, expiry and country is required at time of booking for all participants • Subject to favorable weather conditions. If canceled due to poor weather, you will be given the option of an alternative date or full refund • IMPORTANT: Full d are tied to availability