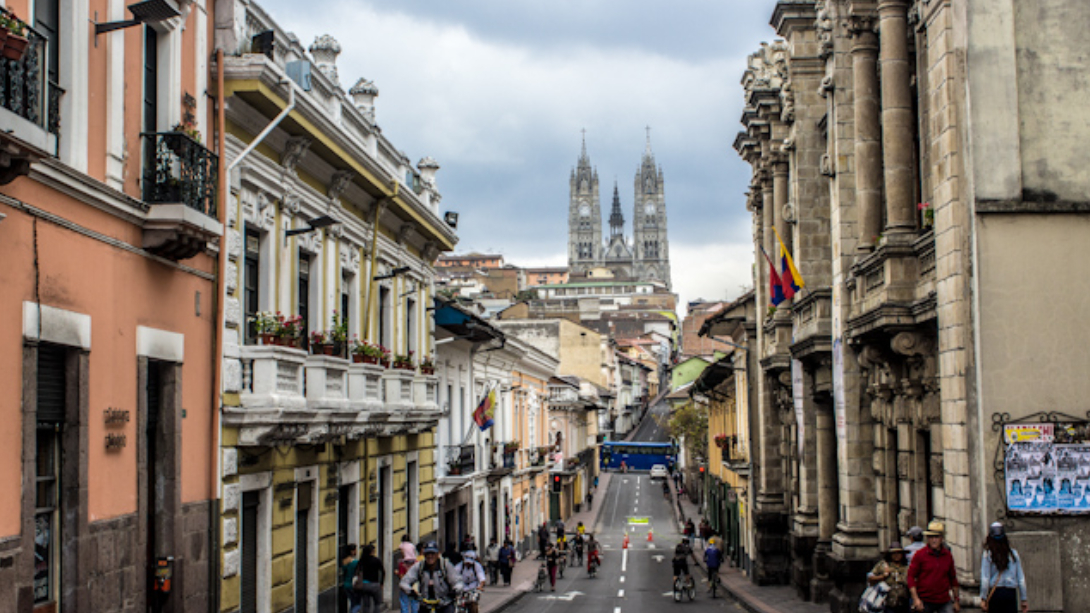 Your driver pick you up at the hour stablished in the meeting point given by the operator.

We begin the tour at 9am ,go towards the Center of the First City Historic that became Cultural Heritage of Humanity. We follow the Gran Colombia Avenue past the church of the Basilica del Voto Nacional (The Basilica of the National Vote) and to the Plaza de la Independencia (Independence Square) through the colonial streets. We continue on a walking tour visiting the Cathedral, the Government Palace and the church of the Jesuits where you can appreciate its adornments and gold altars, the tabernacle and the church of San Francisco that was built in the sixteenth century. We will then go to the Panecillo’s Balcony where the statue of the Virgin Maria is located and where we can admire a beautiful landscape of colonial Quito and modern Quito.

Once we finish the city tour we will go to the north for a fast track that will take us to the Intiñan Museum, where we experience and learn more about this place in the middle of the world. Then we will go to the "Ciudad Mitad el Mundo" where we will visit its shops and observe a representation of cities in the colonial era architecture. Here we will see the monument that divides the northern hemisphere and southern hemisphere, and where it’s possible to take pictures with one foot in each side of the hemisphere. It was built in the XVII century when a French Expedition defined the precise location of the line in Ecuador that divides the world. The monument is made of iron, concrete and decorated with beautiful andesite lost.

At the end of the tour your driver drop you off at the departure spot.