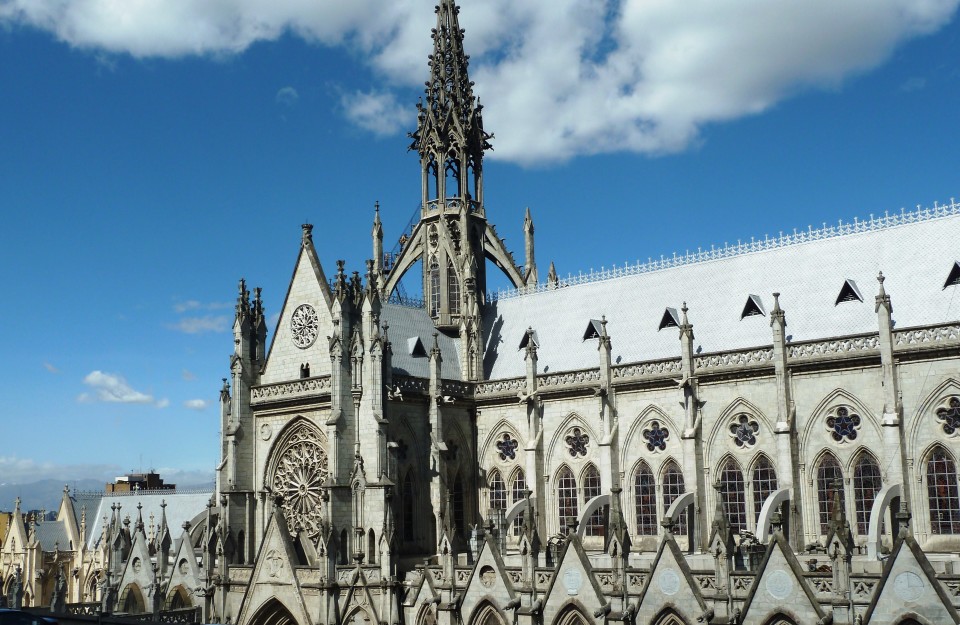 Your driver pick you up at the hour stablished in the meeting point given by the operator.

We begin the tour at 9am, go towards the center of the first city named Historic Cultural Heritage of Humanity.

We follow the Gran Colombia Avenue past the church of the Basilica del Voto Nacional (The Basilica of the National Vow), to the Plaza de la Independencia (Independence Square) through the colonial streets. We continue on a walking tour visiting the Cathedral, Government Palace and Archbishop, the church of the Jesuits where you can appreciate its adornments and gold altars, the tabernacle and the church of San Francisco built in the sixteenth century.

After we arrive at the Panecillo’s Balcony where the statue of the Virgin Mary is located and where we can to admire a beautiful landscape of Colonial Quito and modern.

At the end of the tour your driver drop you off at the departure spot.

INCLUDE: -Professional guide -Transportation NOT INCLUDE: -Entrance fees -Food and Drinks -Gratuities (optional)