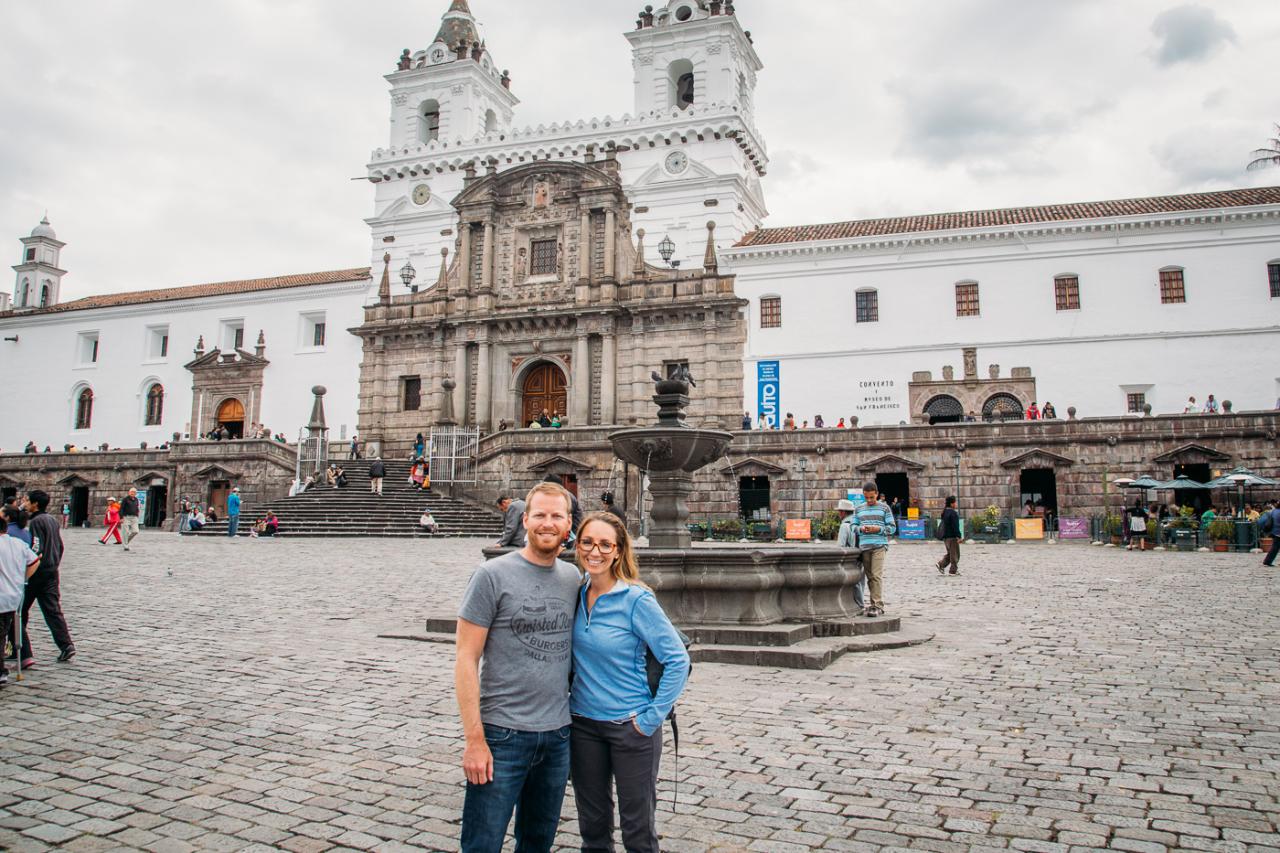 We started the tour at 09hoo from the hotel lobby, to go to the Center Historical of the First Cultural Heritage City of Humanity. We continue on Av. Gran Colombia passing through the church of the Basilica del Voto Nacional towards the Plaza de la Independence through the colonial streets, we visited on a walking tour the Cathedral, the Government and Archbishop's Palace, the church of the Society of Jesus, where they can appreciate its ornaments and altars of gold, the Sanctuary and the church of San Francisco built in the sixteenth century, later we arrived at the Panecillo Viewpoint where the sculpture is located of the Virgin Mary where we can admire a beautiful landscape of Quito,colonial and modern.
We continue to the north by one of the fast roads that take us directly to the Museum Intinan, where we can really experience and feel in the Middle of the World, then we go to the "Middle City of the World" where you will visit your stores and we will observe a representation of the cities of the colonial period in their architecture, we will also observe the monument that divides the northern hemisphere of the southern hemisphere from planet, where you can take pictures with one foot in each hemisphere. It was built in the eighteenth century where the French scientific expedition defined the exact position of the line Ecuador that divides the world.

• Not wheelchair accessible • Dress code: sportswear and warm clothes • May be operated by a multi-lingual guide • Bring comfortable shoes • SUPPLEMENT TO CONSULT FAIRS, CONGRESS, GROUPS AND HOLIDAYS • Itinerary subject to change but not the activities detailed in the itinerary • Rates subject to change without notice • 100% cancellation penalty 24 hours before the trip.