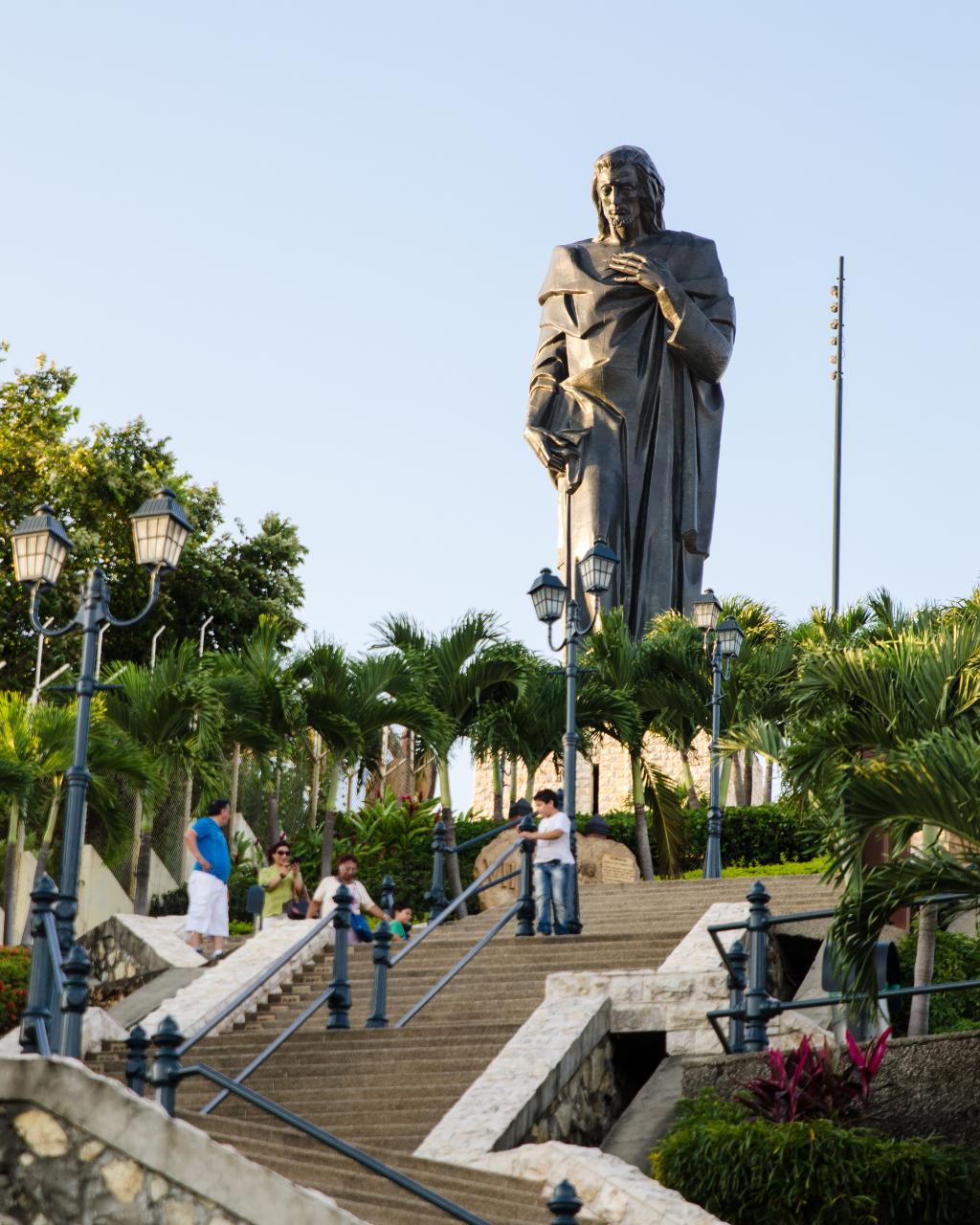 The story tells that in 1541, in the sketch of Dionisio Alcedo and Herrera the existence of three hills was pointed out: Santa Ana, San Cristóbal and San Lázaro, today called Cerro del Carmen. In the latter the general cemetery was developed, evoking the biblical passage of the resurrection of San Lázaro, on whose summit the image of the Christ was placed by the Spanish sculptor Juan Ávalos. In addition to the idea of remembering the way to the crucifixion, in the ascension of Christ to Golgotha, steps were placed on the sides, leading to the monument, bas-reliefs alluding to the passion of Christ.

During the walk yo will be able to observe a panoramic view of the oldest hospital of the city known as Luis Vernaza and of the Heritage Cemetery of Guayaquil. Once you have reached the top of Cerro del Carmen you can admire the majestic monument dedicated to the Sacred Heart of Jesus.