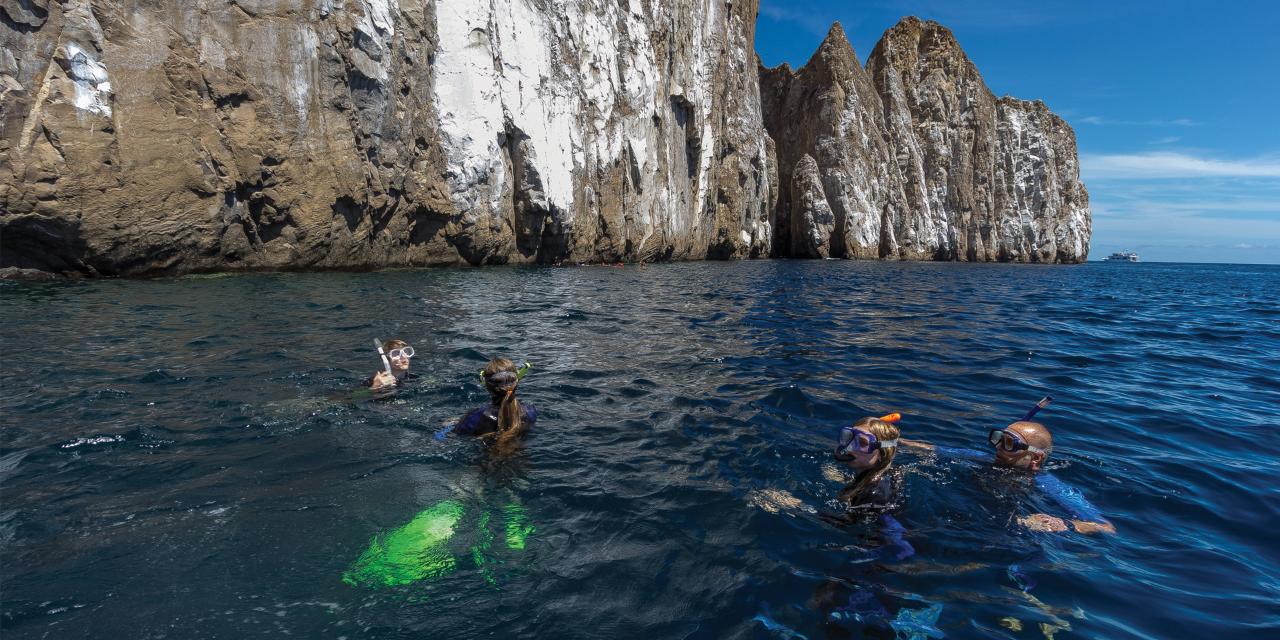 On this tour, we will visit the following iconic points of the San Cristóbal area:

It's a small bay located northeast of San Cristóbal Island. It has several small beaches, but its main attraction is the large beach located in the center of the small bay where there is a large number of dunes. added to its crystal clear waters generate an attractive landscape unique to the area. The entire bay of Rosa Blanca and its lowlands is an ideal area for fishing of wahoo, palometa, ojón, liza, cod. Additionally, there are shark, ray and sea turtle species that are the ideal complement for snorkeling activities.

It's characterized for being a place for fishing of several species such as sardines, liza, octopus, lobster, shrimp, among others. Bahía Sardina includes two beaches whose attractions are its small white sand dunes together with its crystalline waters suitable for snorkeling, taking into account that in this bay there is a large presence of sea turtles, rays and sea lions.

Also known alternatively as Roca Kicker,  is an uninhabited island located 30 minutes from Puerto Baquerizo Moreno - San Cristóbal, Ecuador. It is a rock formation or eroded cone of volcanic tuff (ash) located outside the island of San Cristóbal. It is a refuge for many seabirds as blue-footed boobies, as well as for sea lions. The waters around the rock are home to numerous species of fish, sea turtles, rays and hammerhead sharks. It reaches a maximum of 148 meters in height.

The program does not include anything not specified

• Confirmation will be received at time of booking • Children must be accompanied by an adult • Dress code: sportswear • Passport name, number, expiry and country is required at time of booking for all participants • Subject to favorable weather conditions. If canceled due to poor weather, you will be given the option of an alternative date or full refund • IMPORTANT: Full day/ activities are tied to availability